"In a recent interview, UNICEF India Head Yasmin Haque was heard speaking on why the schools should be reopened." 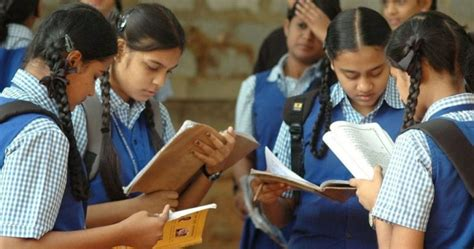 The Covid-19 Pandemic has led to a drastic loss of human lives worldwide, caused economic and social disruption, affected our food systems, and massively took a toll on our mental healths. There is no denying how severe the Covid-19 effects have been worldwide, however, we witnessed the collapse of the Indian economy, with the disintegration of political systems and humanitarian crises, posing a serious threat to public health and safety.
With the educational institutes being suspended and the classes having been shifted to online mode, there has been a fallout in the education of the youth of India.

“Reopening of schools is critical for well-being and optimal development of children — we need to provide a conducive environment” Indian representative of the Unicef, Dr. Yasmin Ali Haque, was heard saying during an interview.

She further spoke on the lack of evidence of the schools being the main causes of community transmission. A research conducted by AIIMS and WHO showed that a similar number of kids were infected in the second and third waves and yet children were mostly asymptomatic.

“Learning cannot wait in humanitarian crisis — we always look at how we can open up learning opportunities for children,” she further added.

While the State Government should be responsible to eradicate the virus, the schools should be a safe learning environment for the students. The lack of access to education, even remote or digital education has led to an education crisis in the country. Unicef has also said that even before the pandemic, the body had tried to shore up the type of interventions that would help to learn.
Dr. Haque said that with the reopening of schools one also needs to limit the level of learning loss that has happened already.

While, in India, a lot of families have lost their only-earning members, which led to a significant increase in dropouts in the Educational Institutes of India as the children had to work to support their families. While for some families, child marriage has been the last resort, the pandemic has impacted the mental wellbeing of children, who have been confined at their homes for over a year.
While the experts predict a possibility of a more severe third wave of Covid-19, which may hit India by this month and reach the peak during October, it is extremely necessary to get vaccinated to prevent the further spread of the Corona Virus. While the possibility of a third wave of virus creates a sense of panic among the people, the Government induced protocols are being followed in every state and all the Educational Institutes have been suspended until further notice.

© Copyright I Educate Myself Daily Foundation